How many times in your life have you experienced preparing for an event for a long time, and just before the moment arrives, something unfortunate happens and you are unable to implement your hard work?  Or as a speaker, you spend days researching to make sure your speech or sermon is perfect and then the call comes through to say that you are no longer needed?

Well, something similar almost happened in our Church.  Our Pathfinders had spent the better part of a year studying the minor prophet Bible books of Ezra, Nehemiah, Hosea, Amos, Jonah and Micah and the Adventurers Ezra and Nehemiah.  They had successfully progressed through the Area and then the Conference/Mission levels and were looking forward to attending the British Union level testing at Newbold, but the coronavirus situation shut it all down.

This gave us only three days to decide if we could deliver an alternative to a physical gathering.  Meetings were called between the Pathfinder Conference Directors and Mission Sponsors and together we agreed that we would do everything we could to deliver the Union test online to all the qualifying teams. 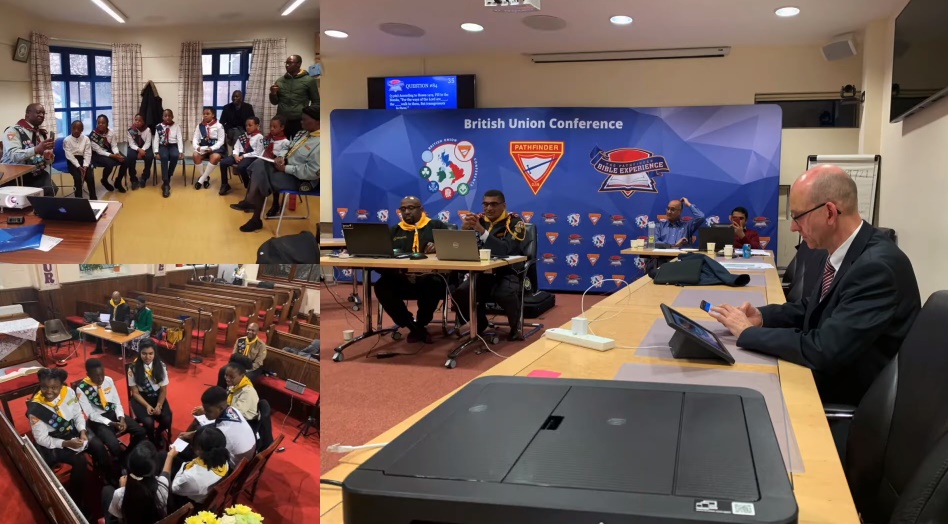 And this is exactly what happened!  All those involved worked so hard to inform our clubs of the relevant links and logins and what they would need to prepare for the day.  There was a Zoom test session on Friday night before the finals and many club directors were able to make use of that time to test their connections with the BUC office and this reassured us and gave us the hope that this could indeed work. We were fully aware that this enterprise could easily fail and in so doing disappoint our Adventurers and Pathfinders even more. But God helped us deliver this test for 39 Adventure and Pathfinder Clubs − approximately 400 people − in a much safer local environment. One by one clubs started connecting and excitement grew from second to second. 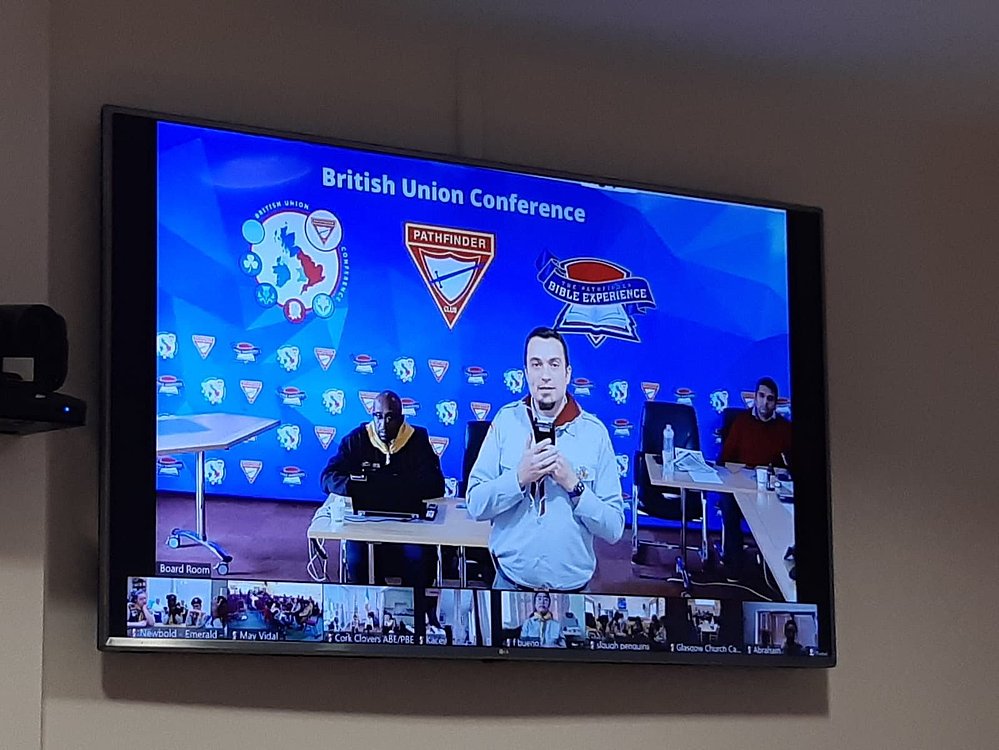 After introductions and prayer from Pastor Dejan and registration by AC Cassandra Burton, Pastor Ian Sweeney, BUC President, and Pastor Clifford Herman, SEC Pathfinder Director, opened the test. It was a joy to see the celebrations of the young people on screen when they heard the answer read out, clearly indicating that they had answered correctly! As the test progressed, we all thanked God that the testing link continued somehow.  Pastor Clifford's funny comments kept everyone entertained and helped to relieve the tension in the clubs and in the office! At the end of the ABE and later the PBE testing, the treasury team collated all the results that were sent in via WhatsApp and processed them all. During this waiting time, something we did not foresee was the clubs remaining connected to Zoom and socialising, exchanging contacts and news from the other areas. It was almost as if we were not merely on the secure connection together but in one room and joined in one Spirit.  The atmosphere really was something special. 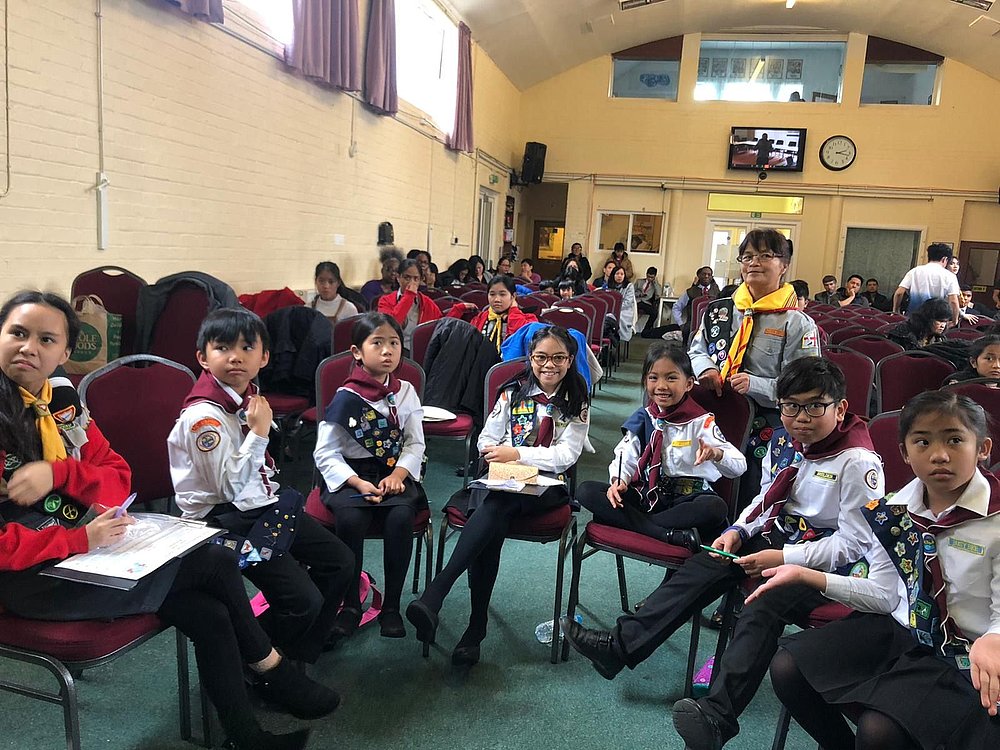 The British Union Level Test took place on Sabbath 14 March, not for all the qualifying teams but for all who were willing and able to join. For all others, we are working to set another day so they can have their time as well.

Amongst the numerous positive comments, the Adventurers from Sheffield Burngreave said"Wewould like to say a big thank you to the BUC Youth department for working so hard towards the ABE/PBE. We had a blessed time on Sabbath. The success of the Union level testing was due to your drive, dedication and passion in the ministry.May God truly bless you individually and collectively." (Sue Ndlovu, Sheffield Burngreave.)

The BUC Youth and Pathfinder department would like to thank God first and foremost, but also all the Conference and Mission Pathfinder Directors, Area Coordinators, Club Directors, and staff, parents and guardians who with their support and prayers made this event a success. I need to say that not only did I receive the verbal or virtual support of the British Union administration but hands on help as well. Thank you to Pastors Ian Sweeney and John Surridge, Earl Ramharacksingh, Paula Labalestra, Natalie Davison, Clifford Herman, Cassandra Burton, Daniel Smith, and Aftab Barki for your unconditional help and for delivering the first online Union Level test in the Adventist Church. 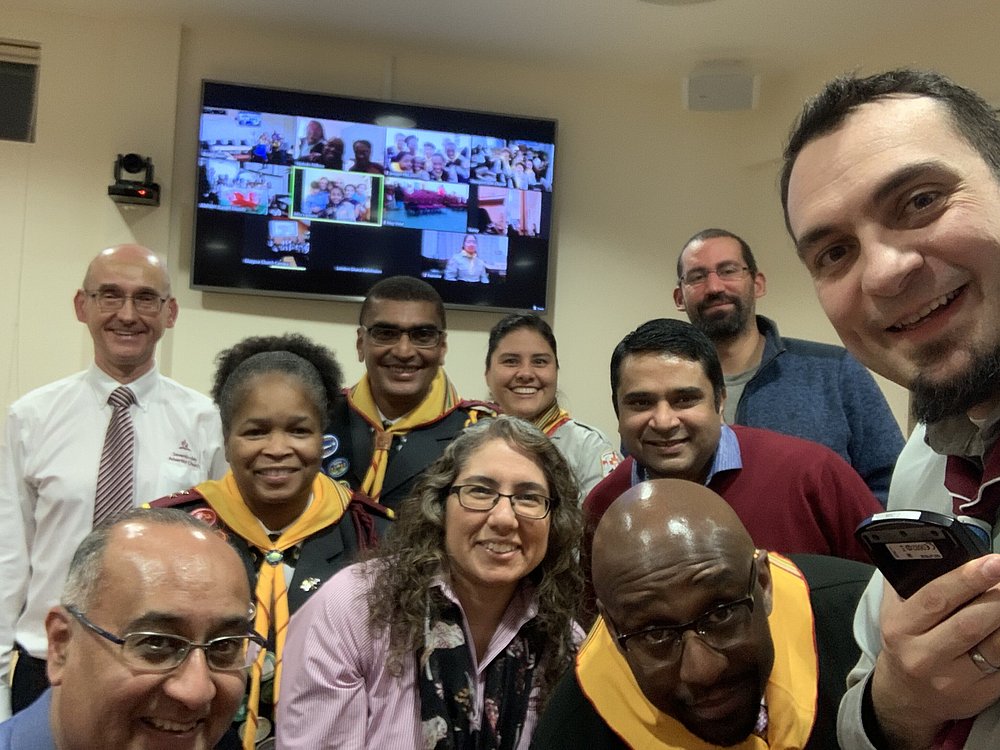 Second Lockdown and the Effects on Church Worship

Lockdown: Things You Can Do In England's New Lockdown