An array of musical items, the involvement of past and present administrators marked the tender consecration and dedication service of the new administration of officers and directors of the British Union Conference (BUC) on Friday evening, 8 April 2022.

The service took place on a warm day at the Stanborough Park church in Watford. It acknowledged all outgoing BUC officers and directors and paid tribute to workers and members who passed on during the last quinquennium. 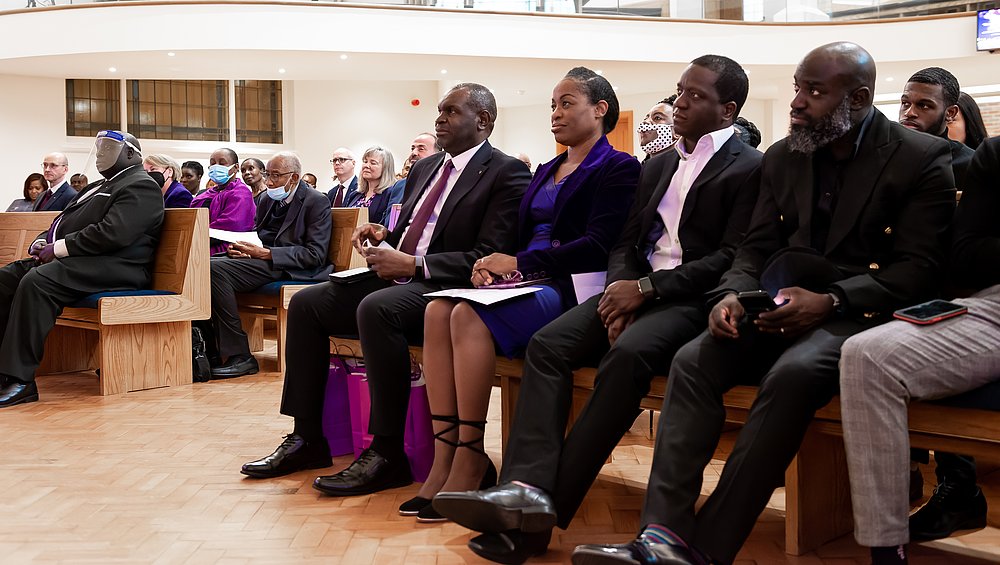 BUC President, Pastor Eglan Brooks, was thankful for the confidence that has been placed in the new administration to carry on with the race that so many fearless leaders have run over the 122 years of the existence of the Seventh-day Adventist Church in the British Isles. In his response to earlier presentations by former President Pastor Ian Sweeney, the TED President, Pastor Raafat Kamal, Brooks was poignant about choosing to become a gospel minister over the budding prospect of becoming a professional footballer. He was grateful to his caring and considerate non-Adventist mother, who stood by his decision after consulting with her over his dilemma. 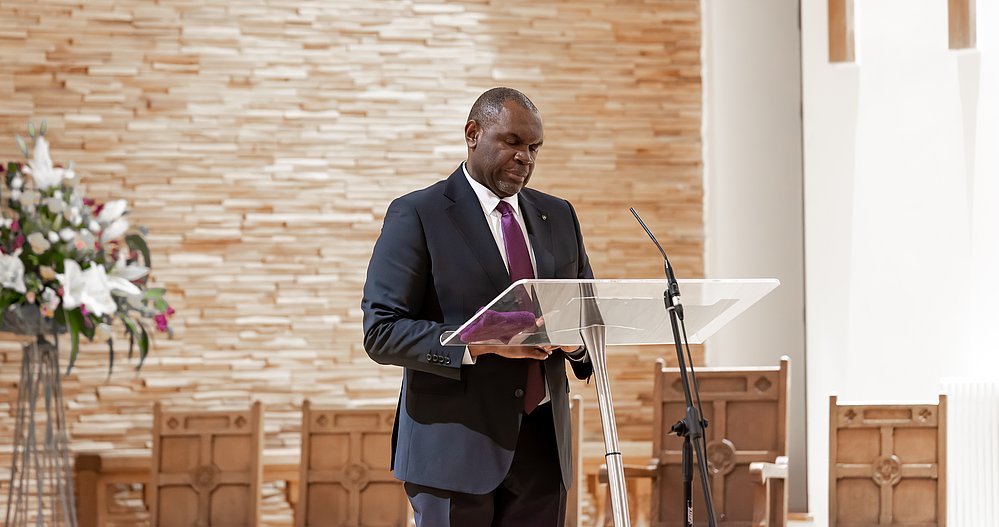 Speaking about passing on the baton, Sweeney, now Field Secretary of the Trans-European Division, said the baton of ministry and leadership moves faster and more efficiently when it is handed over. He used the illustration of the fastest Olympic race, the 4 x 100m relay of four team members taking it, in turn, to carry a baton across the finishing line. With the various calculations, it turns out that four working as a team ran faster than any solo athlete has ever run. 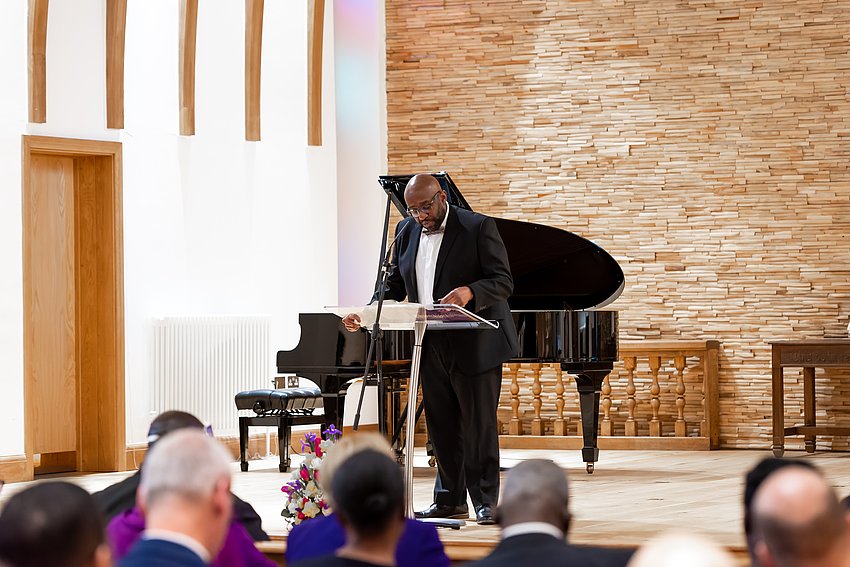 TED President Kamal, in his presentations, spoke about 'the art of leadership', in which he referred to David's admonitions to his son Solomon in 1 Chronicles 28:9-15 before presenting the charge to the new officers and directors. He referred to the authority given to Jesus Christ and says it implies we must worship the Lamb that was slain by surrendering our service to His will. And He promised to be with us. Therefore, God asks us to be bold, to dare to believe in Him and trust in Him. Kamal then encouraged the officers and directors to acknowledge God in love and in their witness of Him to devote their service wholeheartedly with a winning attitude and mind. They must also be bold in their faith, practice, and relationships; they can then expect amazing miracles. His charges to the offices and directors focused on the theme of 'being on their guard'. It was a theme of caution and awareness of the limitations leaders have. The awareness that it is Christ who leads His church. 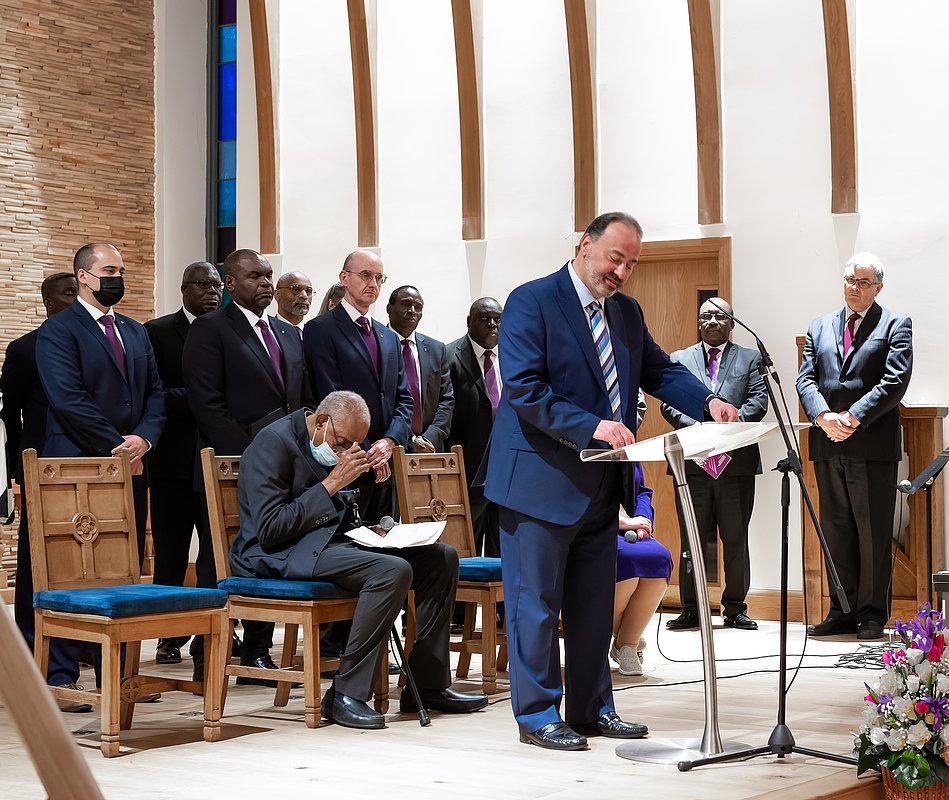 The charge was followed by two prayers of consecration and dedication from a past president of the BUC, Pastor Cecil Perry and the TED Executive Secretary, Pastor Audrey Andersson, with all the officers, directors and field leaders joining in on the platform.

Brooks also suggested that we must embrace the giants of the future, which loom large on the horizon, the overwhelming giants of the challenge of change. He adds that our church will die as a church if we do not become relevant to this world.

Pastor Terry Messenger, as host, welcomed all the guests to the service at 6:30 pm when the programme started, and it was followed by a prayer from another past President of the BUC, Pastor Don McFarlane, who joined via Zoom. The programme was interspersed with music by a praise team led by Tina Brooks and renditions from the London Ghana Choir and the London Adventist Chorale. 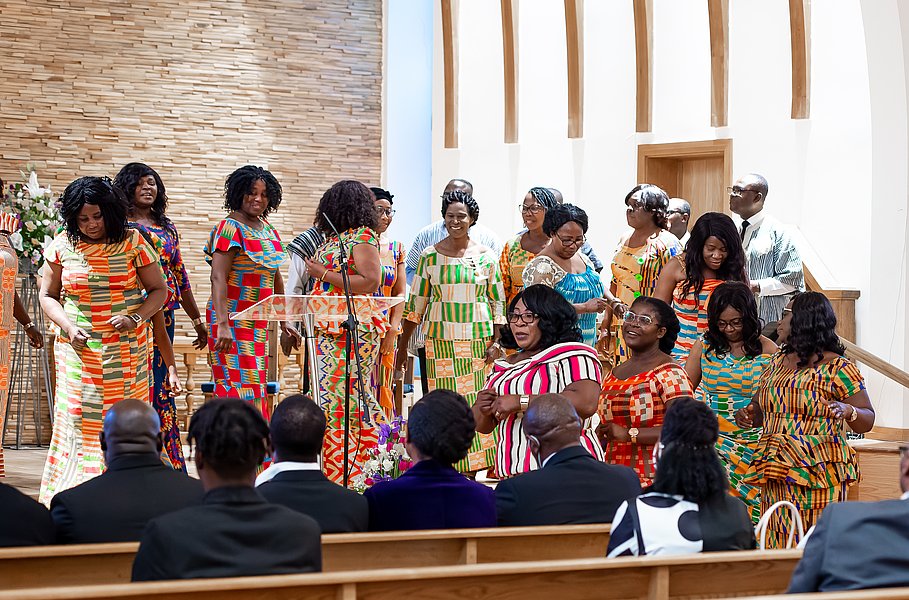 Also, click here for a brief video of the event.