Delegates from 18 churches across the 700-strong Welsh Mission (WM) met at the Cardiff Adventist church for their Triennial Session on Sunday 26 June.  The department sponsors, the President, Executive Secretary, and Treasurer presented reports to the delegation with time allowed for questions, a Nominating Committee report and the introduction of a new strategic plan. 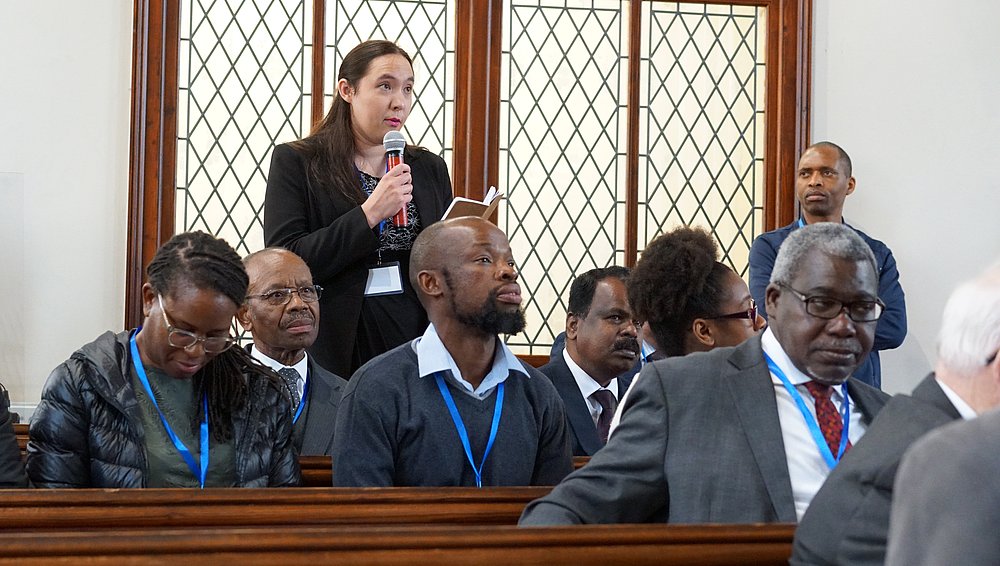 For the next triennium, the Welsh Mission of Seventh-day Adventists seeks to be Revived, Empowered and be Disciple-Makers as they incorporate an existing GROW AND iCOR initiative they used between 2019-2021 into the new plan. 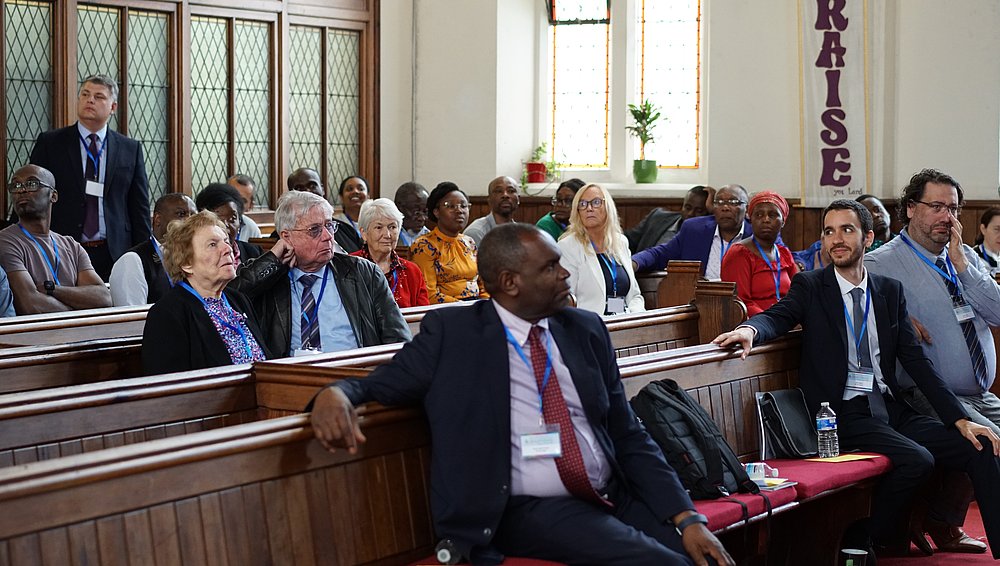 However, the important business of the day began with spiritual empowerment from the British Union Conference (BUC) President, Pastor Eglan Brooks, who challenged his audience on the theme of 'Who Are Ya?'. Using the symbolism of football supporters' chant, he deliberated the phrase that it can sometimes speak of humiliation and insufficiency. It can infer shame and poor performance. 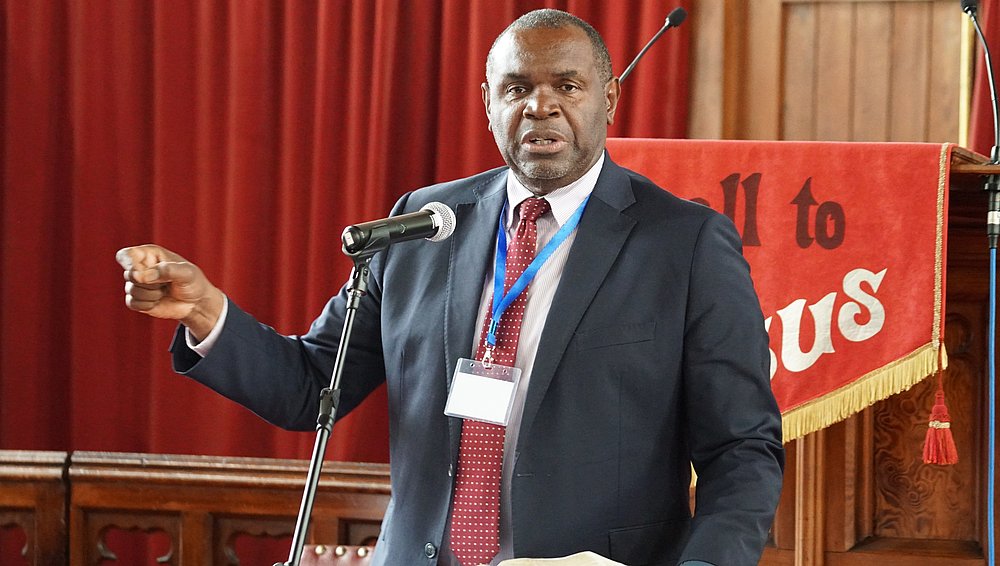 But that chant of 'who are ya' also has the power to help us reflect on who we are as a Mission. He said, Paul's opening statement, 2 Corinthians 3:1 focuses us on the issue of false teachers and introducing themselves with letters of recommendations, clarifying who these preachers were, their characters and qualifications. He adds that our world is seeking a favourable statement concerning the character qualifications and values of the Seventh-day Adventists.

Our world needs to understand who exactly we are. Who are you with your unique beliefs and doctrines? They really want to see a man or a woman who perfectly reflects the character of Christ.

This report was presented by the former President, Emanuel Bran, who served most of the triennium but was appointed North England Conference (NEC) Executive Secretary last September. His report focused on the vision to 'Seek and Serve to Make God Known' and the adoption of a strategy to mission by combining the GROW principle of evangelism with the ten iCOR values. Even though the pandemic hampered their original plans, they could still adopt new ways of doing mission. He was grateful to all their pastors who consented to not being furloughed during the lockdown but worked throughout it. He said the Welsh Mission has continued to experience growth under the various administrative leaders. 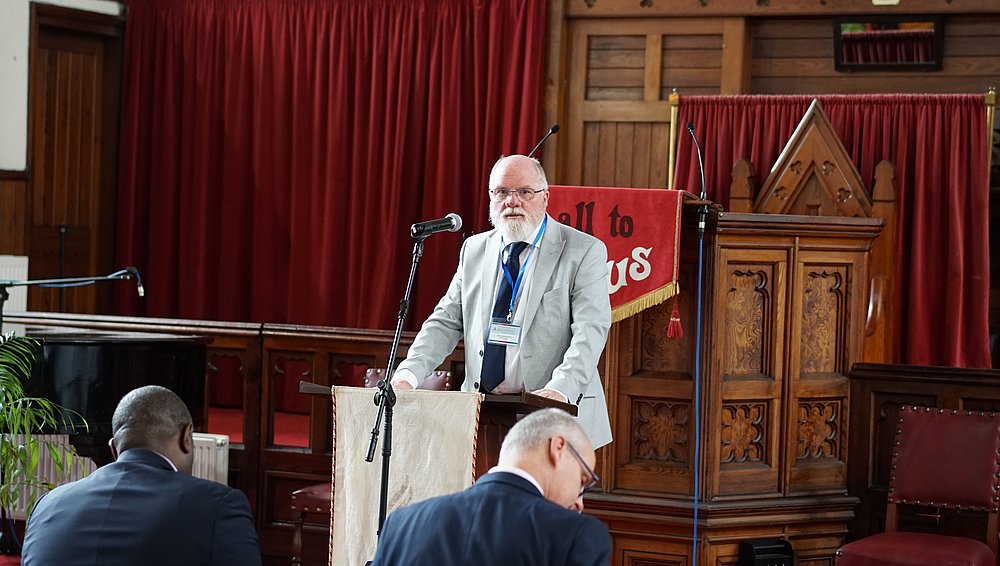 Pastor Jacques Venter, BUC Associate Executive Secretary, Executive Secretary for the Welsh Mission, delivered this report. This details the Mission's membership, the various congregations and staffing. The information registered an increase in membership from 663 in 2019 to 727 at the end of the first quarter of 2022. Some details showed that 2.2% of the growth was through baptism while a further 4.8% of the increase was through membership transfers from other places. He made the point that much of the rise is through transfers rather than baptism. He said the effect of migration continues to impact the congregations of the Mission as in previous triennia.

BUC Treasurer ,Wederly Aguiar reported that the Welsh Mission is in a healthy financial position. He said this is based on two critical financial health ratios used by the denomination to determine the financial stability and security of any entity of the BUC – the working capital and liquidity ratios. Aguiar explained that the operating capital ratio, a measure of the Welsh Mission's ability to meet its day-to-day obligations on an ongoing basis, is the first indication. Although the minimum measurement recommended is 100%, where a Mission's assets meet its liabilities, the Welsh Mission's working capital was significantly above that line. The treasurer adjudged it as being in a very healthy financial position.

On the other hand, the liquidity ratio was the Mission's ability to meet all of its liabilities at a given time and, for 2021, was above the recommended level at 206%, indicating a very healthy financial position of the Mission. Wederly commended the members for their faithfulness and thanked everyone whose contribution and efforts counted for the success by adding that the work of the Treasury department doesn't work with one person alone but with teams. He quoted Psalm 106:1 "Praise the Lord, give thanks to the Lord for He is good, his love endures forever."  He added, of course, we thank God for the Welsh Mission's financial health. 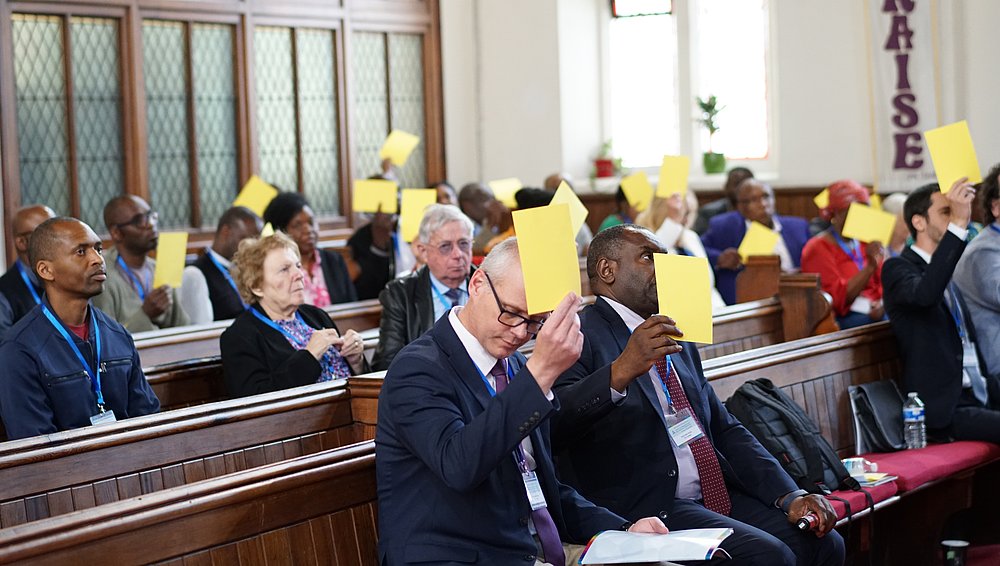 The Nominating Committee, which met earlier in the year, recommended names for sponsors of departments and Mission Executive Committee members to the delegates. After some discussions, the delegates voted and approved the names. The sponsors for the next triennium are:

The final business of the day was the presentation of the strategic plan to delegates. The highlights of the plans included four strategic objectives of:

The Session concluded with a closing thought from the BUC Executive Secretary, Pastor John Surridge and a commitment of all the sponsors and Executive Committee members by Welsh Mission President, Pastor Graham Allcock, elected at the BUC Session last October, followed by a prayer from Pastor Surridge.